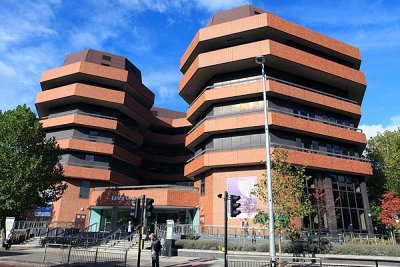 Known as the Queen of Suburbs because of its leafy streets and detached Victorian and Edwardian houses, Ealing in west London has always been a favoured place with its busy town centre and famous film studios but its latest boost to its popularity is the coming of  Crossrail.

When the new service arrives in December 2019 it will cut the journey time from Ealing Broadway to central London to 11 minutes. Crossrail also predicts that house prices near the station will be boosted by an extra 20 per cent between 2012 and 2021.

Investment is already flowing into central Ealing with nearly 700 new homes being built at Dickens Yard on a former car park on The Broadway and a new £100 million cultural quarter, Ealing Filmworks, with an eight screen Picturehouse cinema in a new square planned and due to start on site next year.

Renting: the Ealing rental market is active and busy, with a ready supply of houses and flats. A five-bedroom detached double-fronted Victorian house in Inglis Road is available to rent for £5,417 a month.

Travel: Ealing is well served by both Tube and train and all stations, except Drayton Green and Castle Bar Park, are in Zone 3 with an annual travelcard to Zone 1 costing £1,508. Ealing Broadway is on the Central and District lines; Ealing Common is on the District and Piccadilly lines; North Ealing, Park Royal, South Ealing and Northfields are on the Piccadilly line; Hanger Lane and West Acton are on the Central Line.

Trains from Ealing Broadway to Paddington take around 10 minutes a few minutes more from West Ealing, Drayton Green and Castle Bar Park. The last two stations are in Zone 4 and an annual travelcard to Zone 1 costs £1,844.

Postcodes: the main and most popular postcode for Ealing is W5 and most of the larger houses fall within this postcode. W13, the West Ealing postcode, has some good schools and some very attractive houses. Ealing Common is in the W3 Acton postcode.

Best roads:  the area directly north of Ealing Broadway, often referred to as the Golden Triangle, is home to the majority of the large classic red-brick double-fronted detached houses that are very popular with local up-sizers and buyers moving in from more central London locations. Hamptons has recently sold two houses in Mount Park Crescent, one of the best roads, for £2.5 million and £2.7 million.

Shops and restaurants: Ealing has a busy town centre based around The Broadway. The Broadway shopping centre has a range of budget and mid-market brands such as Fat Face, H&M, M&S, Monsoon, New Look, Next, Primark, Oliver Bonas and Waterstones. A new branch of Morrisons opened on Monday on The Broadway in the revamped Arcadia shopping centre designed by Allies & Morrison.

There is a wide selection of chain restaurants along the High Street, Bond Street and New Broadway including Wagamama, Cote, Carluccio’s, Nando’s, Pizza Express and Kerbisher & Malt.

Charlotte’s Place on the corner of The Common and St Matthew’s Road is a popular, long-standing restaurant.

There are local shops along The Avenue in West Ealing; along Pitshanger Lane – look out for the Pitshanger Village Bakery; along Northfield Avenue  – The Mill is good for gifts; and South Ealing Road – where coffee shop Paperback Coffee & Tea has become a community hub and as well as coffee sells “the Queen of the Suburbs” T-shirts.

Leisure and the arts:  The Questors Theatre in Mattock Lane is London’s most successful amateur theatre. There is swimming at Virgin Active in The Broadway shopping centre. The nearest council-owned swimming pool is Gurnell Leisure Centre in Ruislip Road East, Greenford.

Open space: the good choice of local parks includes Walpole Park in Ealing town centre, where John Soane’s Pitzhanger Manor House can be found. Like the manor house, the park is undergoing restoration. The park hosts events during the Ealing Summer Festivals and has a new learning centre, The Rickyard, designed by award-winning architects Jestico + Whiles. Pitshanger Park in north Ealing borders the River Brent and Ealing Golf Club.